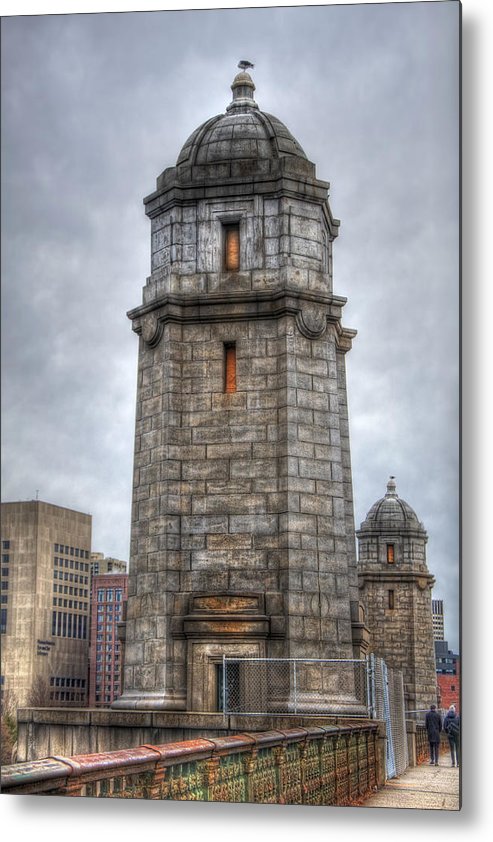 Across the Longfellow Bridge - Boston by Joann Vitali - 8" x 12"

Across the Longfellow Bridge - Boston metal print by Joann Vitali.   Bring your artwork to life with the stylish lines and added depth of a metal print. Your image gets printed directly onto a sheet of 1/16" thick aluminum. The aluminum sheet is offset from the wall by a 3/4" thick wooden frame which is attached to the back. The high gloss of the aluminum sheet complements the rich colors of any image to produce stunning results.

The famous Longfellow Bridge, an iconic symbol of Boston, connects Boston with Cambridge, Massachusetts. Some people call it the Salt and Pepper... more

Wonderful image. Congratulations on your sale!

The famous Longfellow Bridge, an iconic symbol of Boston, connects Boston with Cambridge, Massachusetts. Some people call it the "Salt and Pepper" Bridge because it has four stone towers that could be said to resemble salt shakers. The Red Line subway comes above ground before stopping at the Charles/MGH station; it then crosses this bridge to Cambridge. On that side, the Red Line goes immediately back underground again and then stops at the Kendall/MIT station. In addition to the Red Line, which runs in a fenced-off area in the center, the Longfellow Bridge carries two lanes of vehicular traffic in each direction, and pedestrian sidewalks on both outer sides. Tragically, in 2008, sections of beautiful, historic ironwork were stolen by Department of Conservation and Recreation employees and sold as scrap metal for a few thousand dollars, where it was melted down and destroyed! Replacing the stolen art-metal is now estimated to cost nearly a million dollars.

I specialize in Fine Art Wall Decor for Home, Business and the Hospitality Industry. Fine Art Photography that brings you the essence and spirit of Boston and it's eclectic neighborhoods, as well as the flavors of all things New England, into your home & heart. • You can view 12 pieces from my Boston North End Collection hanging in Tresca Italian Restaurant on Hanover Street. Boston, Ma. - I am very honored to have a series of art from my Boston collection featured in the January 20th 2016 episode of Criminal Minds. - I have also been chosen as this years recipient of "2016 Best of Houzz Award" by the more than 25 million monthly unique users that comprise the Houzz community from among more than 500,000 active home building,...