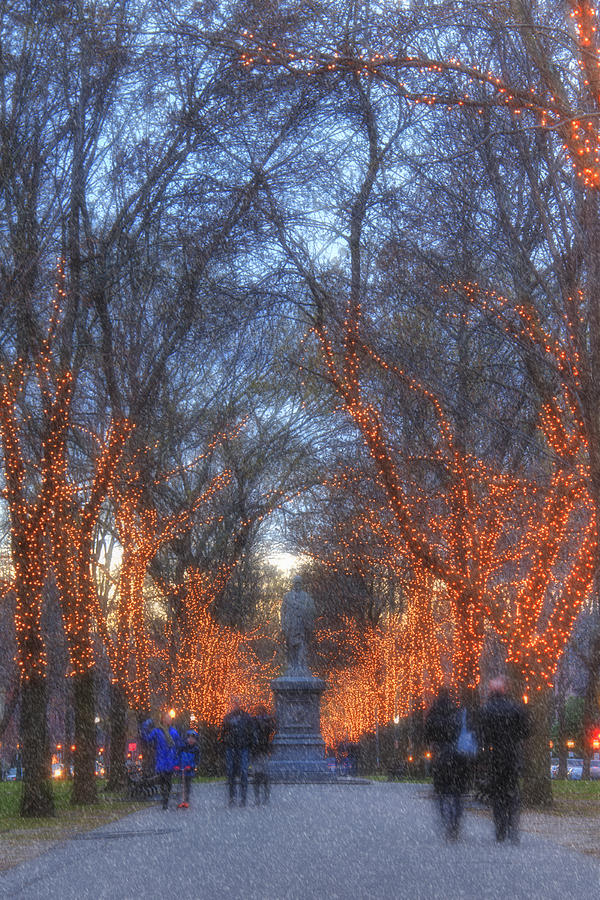 Hamilton on the Commonwealth

Hamilton on the Commonwealth

The Alexander Hamilton Statue on the Commonwealth Avenue Mall in Boston's Back Bay District during the Christmas Season with Christmas Lights surrounding him.

Every statue on Commonwealth Avenue Mall offers us at least three life stories the hero's, the artist's and its own. Take the statue of Alexander Hamilton for example. Accomplishments of this historic statesman are inscribed in the statue's base and associated with his name. Hamilton is the complex, intriguing subject of numerous biographies, as well as economic and political studies. The artist, William Rimmer, born twelve years after Hamilton's death, led an impressive self-directed, dramatic life also. The statue he created in 1865 has a life of its own, weathering and sometimes suffering, all the seasons and surrounding changes during more than fourteen decades, with a likely stretch of time ahead.

Hamilton, of course, is best known as our first Secretary of the Treasury and for his infamous death at the hands of Vice President Aaron Burr due to a gentlemen's dual in which Burr was the obvious victor.

Love the composition, the capture of twilight and the dreaminess

Thanks so much Henry:)