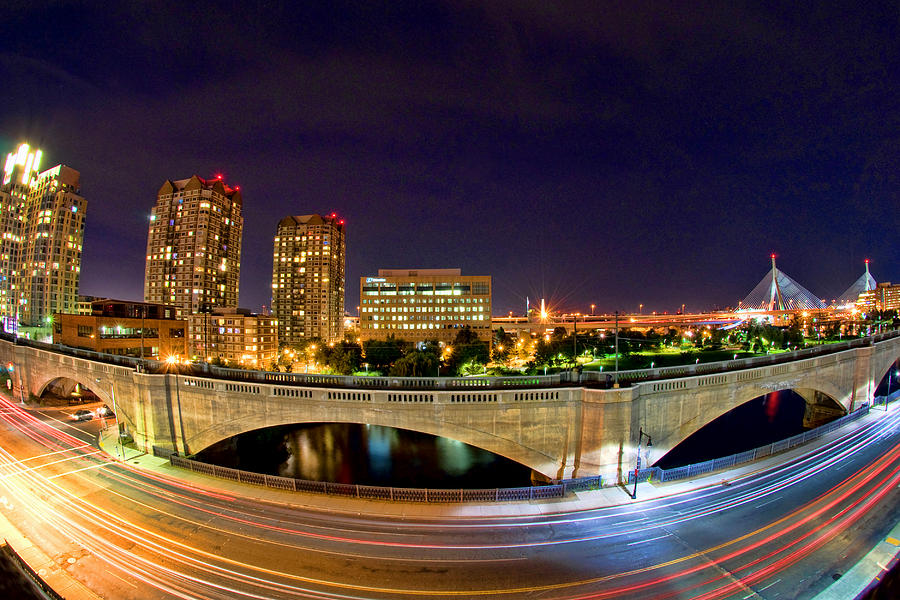 Boston cityscape at night with Zakim Memorial Bridge and Museum of Science in Background.

Congratulation on sale announcement and Great.

Hi Joann...Congratulations on your image and your sale...Cheers Bob f/v

Killer image! Congrats on sale, too:)

The exposure in this photo couldn't be better! Beautiful view! v

The bowed perspective is really cool. I like the long exposure too!

Thanks! I borrowed a friend's 10.5 Nikon fisheye to make that happen:)