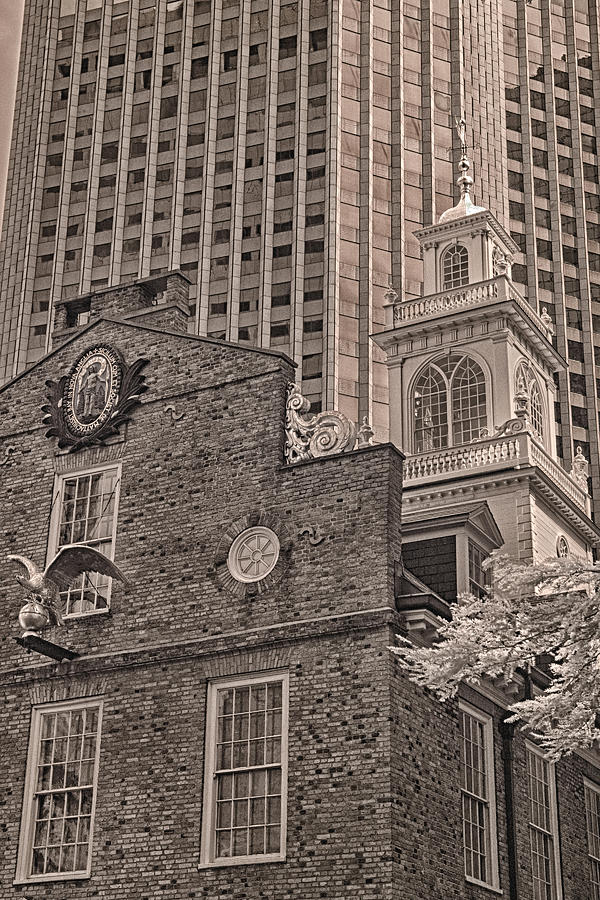 Known today as the Old State House, this building was the center of Boston's civic life in the 18th century and the scene of some of the most dramatic chapters in the lead-up to the American Revolution. Within these walls, Samuel Adams, James Otis, John Hancock, and John Adams debated the future of the British colonies. Just outside the building, five men were among the first casualties of the battle for independence, in what would later be known as the Boston Massacre. The Declaration of Independence was proclaimed from the balcony to the citizens of Boston in 1776. History happened here.
After the American Revolution, the building served as the first state house for the newly-formed Commonwealth of Massachusetts. Then it was used for a variety of purposes in the 19th century, including shopping arcade, city hall, post office, merchants� exchange, and offices. In 1881 The Bostonian Society restored the building, and has operated it as a museum ever since.

Wonderful shot! I used to work across the street from this building that houses the Orange Line train station. Oh what wonderful memories.