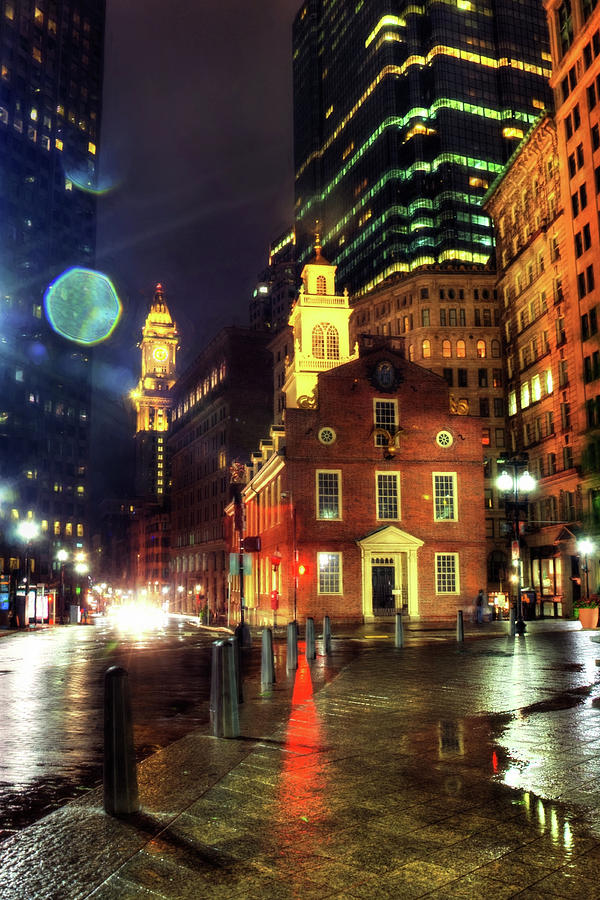 Also known as Boston's "Towne House", the Old State House dates back to 1713. This Georgian style structure was occupied by the British during the Revolution and was a continuous reminder to the settlers of British dominance and presence in the colony.
The Old State House was the center of all political life and debate in colonial Boston. On July 18, 1776, citizens gathered in the street to hear the Declaration of Independence read from the building's balcony, the first public reading in Massachusetts. The Royal Governor presided here until Thomas Gage left in 1775, and the seat of Massachusetts government resided here until the new State House was built on Beacon Hill in 1798.

Today, the building is run by The Bostonian Society as a Boston history museum. - wiki

Hands down this is one of your best photos!! Just gorgeous Joann!!!

Thanks so much Liz!!